Located in the heart of the Marche region at 505 meters above sea level, Cupramontana is the ideal place for a relaxing stay, good food and good wine, for an active, sporting or cultural holiday. 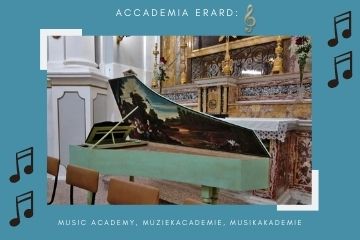 When you drive around the centre of Cupramontana, you can't miss it, this building mainly stands out because of its impressive dimensions. In 1751 the new Santa Catarina monastery, designed by architect Arcangelo Vici, opened its doors.

At the beginning of 1800, the nun (Suore Clarisse) left their monastery on Napoleon's orders and returned in 1820. During the First World War, part of the building served as a military hospital. Due to their decline in number, the nuns merged with the Missionary Order of the Franciscans in 1927. After the Second World War, they provided shelter for orphaned girls or girls whose parents moved abroad temporarily. In addition, they started a kindergarten and a nursery. Many inhabitants of Cupramontana spent their childhood with the nuns. The end of the Santa Catarina Monastery happened in 2015, when the last three nuns left for a rest home for religious.

The ground floor now houses the MIG, the international wine label museum, the tourist office and the enoteca. As in previous years, the first floor remained the space for the nursery and kindergarten, but what about the upper floors that were not yet completed during the last restoration?

Coincidence helped in the search for a new destination … the Archeoclub of Cupramontana (a kind of local history circle) of which Isabelle is also an active member, accidentally discovered unknown scores by the music master and composer Niccolò Bonanni, once teacher of the composer Spontini been (we previously talk about this important discovery). Those scores were edited to be performed for the first time. It was through these contacts that the idea was born for the creation of the Accademia Erard, "la Marca harmonica." This would probably allow Cupramontana to regain its important position in the music world, as it once held in the 18th century!

On 20th June 2021 the time had come, the music academy was baptized in the church of the former monastery.

During the various speeches, the future function of this Accademia Erard was revealed. Unique for central Italy, the first music academy for baroque and classical music focused on Marchigian composers, whose works were sometimes never performed themselves.

The name Erard refers to the French woman Celeste Erard, daughter of a famous French family that produced pianos and harps. She was the wife of Gaspare Spontini (1774-1851), a composer renowned at the court of Napoleon and the court in Berlin of Frederick-Willem III. At the end of his life he returned to his native village Maiolati, located next to Cupramontana, which was named Maiolati Spontini after him.

The music academy entrusted itself with 3 tasks:

A research center for the scores of composers from Le Marche that had never performed, activities of research, tracing, archiving, transcription, public display and recording.

Concerts with antique instruments, whether original ones or real-time counterfeit.

The restoration and construction of old musical instruments led by the lute school of Maestro Giuseppe Quagliano, who has years of experience in this matter.

They will collaborate with the Municipality of Cupramontana and with Astral Music, a music academy experienced in national and international consultancy, management, organization of concerts, performances and in music education. Their headquarters are in Le Marche in Castelplanio but they are also represented in Rome, Milan, London, Doha (Qatar) and Nur-Sultan (Kazakhstan)

After the speeches, we enjoyed several outstanding performances:

Fortunately, we don't have to wait for the final location of the Accademia Erard to already enjoy their musical prowess. Check out the Summer Calendar of Cupramontana, there will be plenty of concerts to attend:

1 concert : 24/8 in the new theater Concordia of Cupramontana.